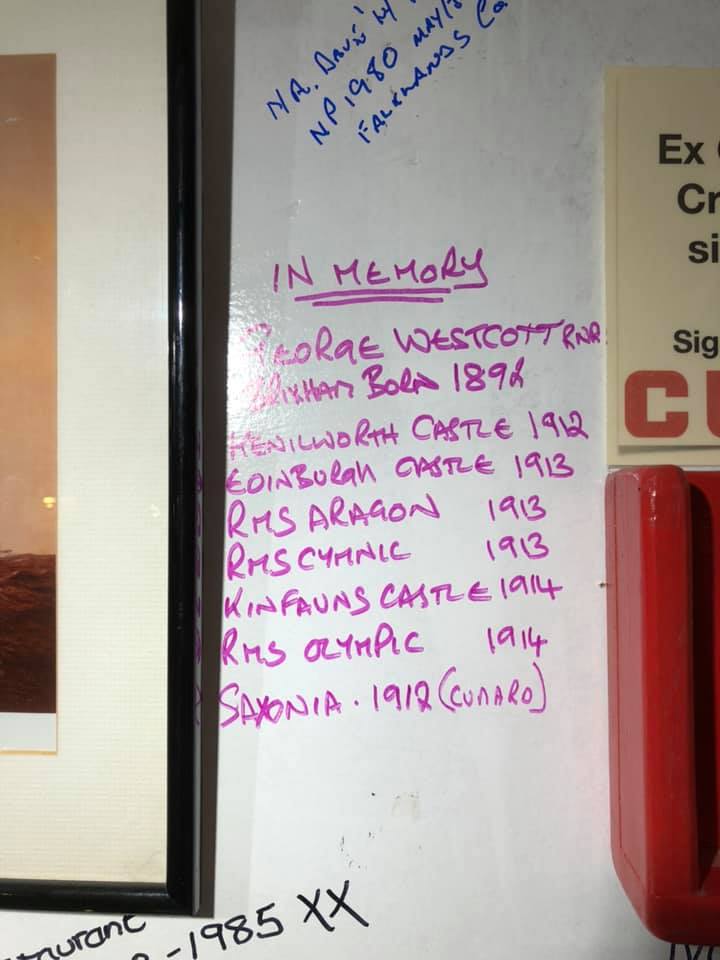 Another name on the “Cunard Wall of Fame” this special gent is being remembered by a local family.
George Westcott was born in Brixham in 1892 and served as a Steward or AB on the Union Castle ships Kenilworth Castle 1912, Kinfauns Castle 1914 and Edinburgh Castle 1913 also RMS Aragon, RMS Cymnic 1913 and the Sister ship to Titanic, RMS Olympic.
George also served on the Cunard ship Saxonia in 1912. (And other ships)
In WW1 George was in the RNR but ended up in the trenches in Antwerp where he was taken PoW. He was treated dreadfully but survived the Great War. Sadly George passed away in 1962
RIP George Westcott
Thank-you to Peter Budd and the rest of George’s family for allowing us to share his memory on our wall.